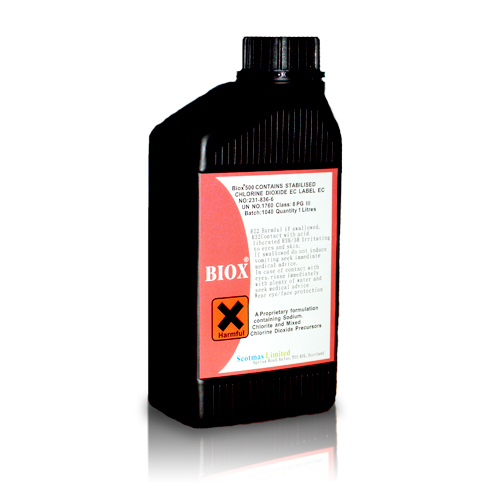 Biox is reacted with dilute acid in our Alpha and Bravo WA dosing systems in order to produce Chlorine Dioxide easily and simply at the point of use.

The unique low alkalinity chemistry of Biox ensures that maximum conversion efficiency of Chlorine Dioxide is obtained without the use of concentrated acids.

l Biox will destroy the amoebae that are major carriers of Legionellae.

l Biox will destroy the Sulphate Reducing Bacteria which rapidly populate untreated water systems and both the aerobic and anaerobic bacteria present in biofilms. Elimination of the bacteria will substantially reduce corrosion.